When I got back from the apiary on Saturday afternoon I went straight out into the garden to finish off some small jobs I’d started in the morning. Only to come flying back in straight away to grab my camera as I’d seen that another batch of Mason Bees had started hatching out. 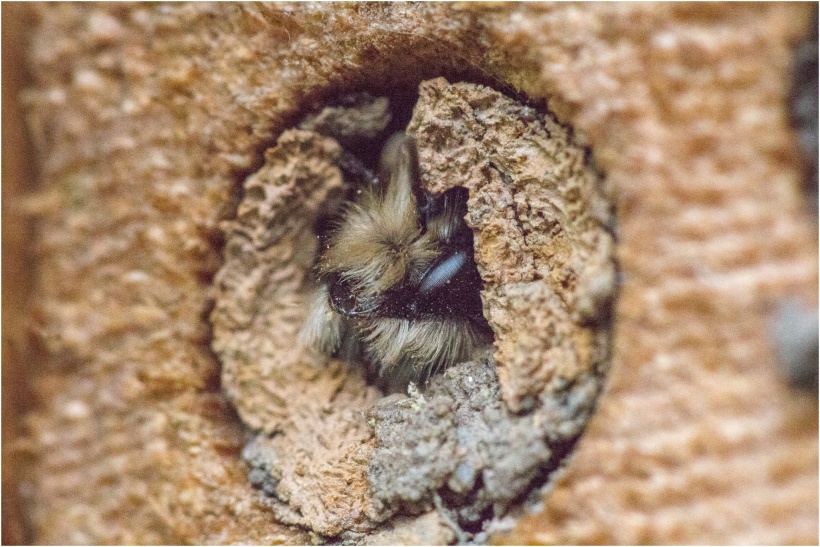 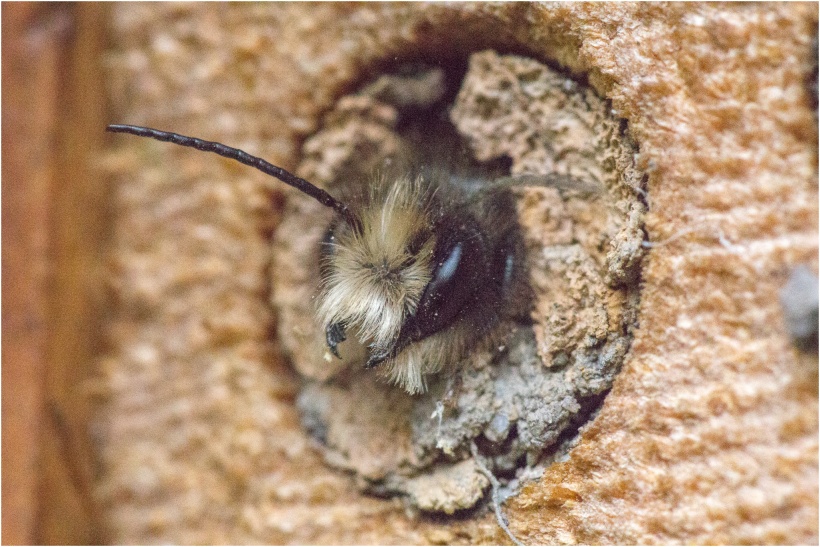 A huge male Mason Bee hauled himself out of one of the tubes – I’m guessing he was causing a bottleneck as three smaller males tumbled out straight after him. The large male plunged straight to the floor so I picked him up to move him to a safer place. 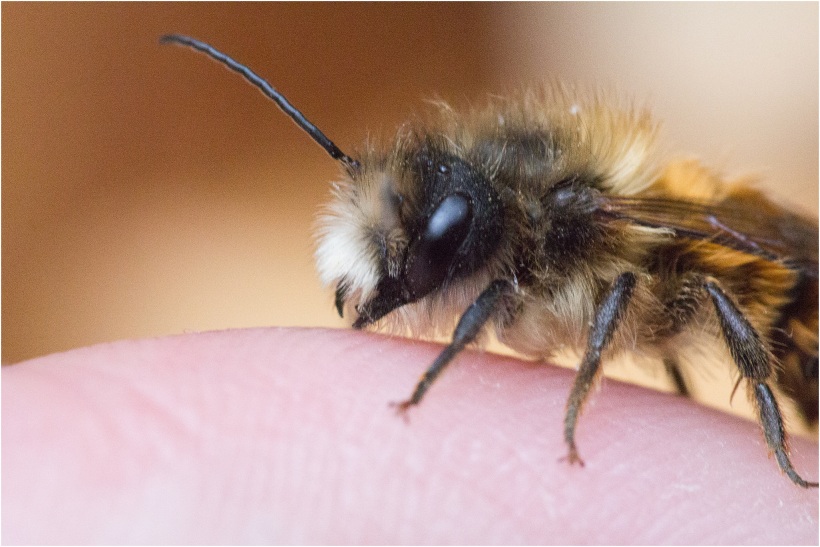 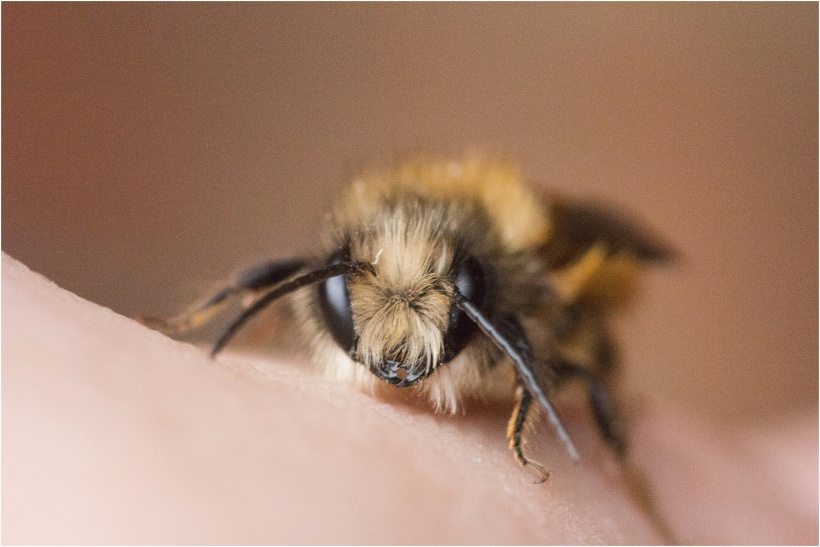 He was so comfortable on my hand that he started an extensive grooming regime which included pooing liberally on me – this is a first, and I think it must be some kind of post hatching cleaning ritual. Poo aside, this was great as it was lovely to be able to get right up close for a good look at him and to take some pictures.

As I mentioned, this boy is huge for a male Mason Bee – he’s about the size of a female. This meant that every time another male saw him, they presumed he was a female and grabbed him. There wasn’t a great deal he could do about it, as newly hatched bees seem a bit woozy at first. All he was trying to do was get himself clean and come around from his long winter sleep. But every time he was spotted, a confused male bee would latch on. 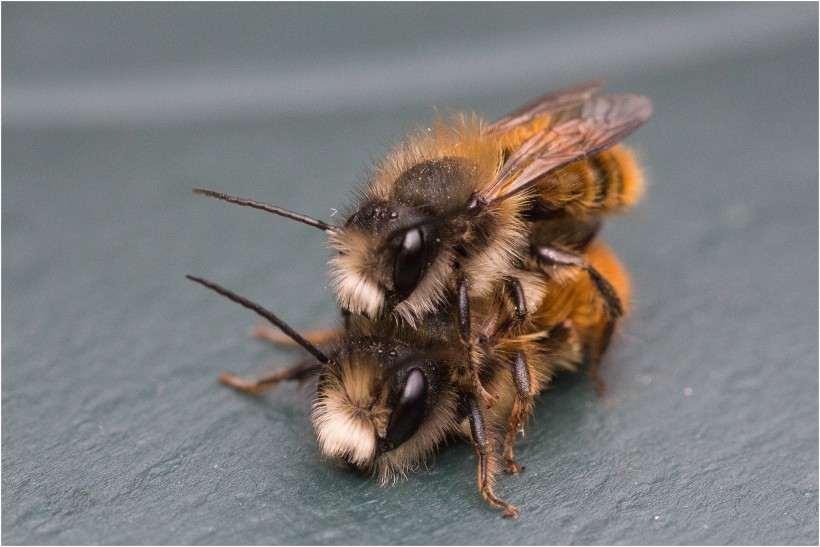 On arriving home last night the first female bees had started to emerge, so I’m hoping that this poor chap will finally get some peace!