Our resident Hylaeus (Yellow-Faced Bee) has finally stopped nesting in the Oasis house… and the new spot she has chosen is interesting to say the least!

She’s taken over a cell that has recently been vacated by a Mason Wasp who hatched out this year. I initially saw a small, black insect going in and out of the cell and assumed that it was another Mason Wasp, perhaps one of the smaller species, until one morning I saw this tiny face looking back out at me. 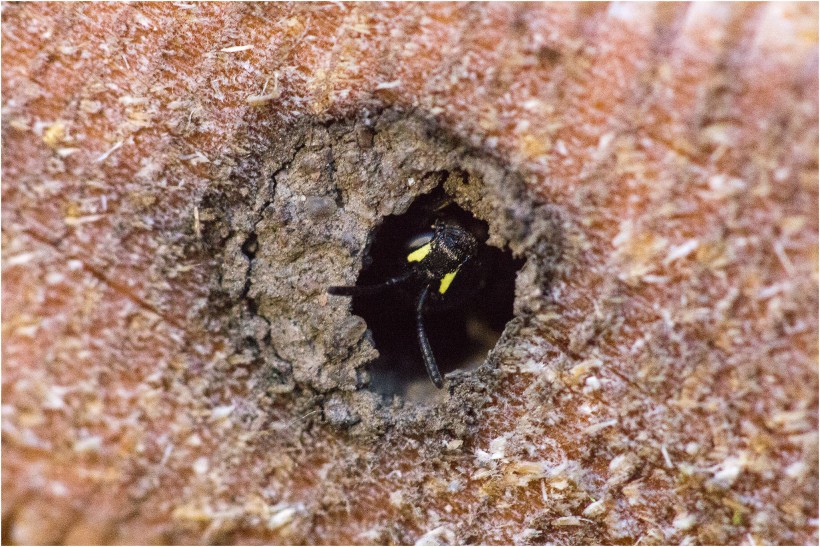 When she’d sealed the cell, it looked like this. Hylaeus bees use a form of resin to seal their nest cells which is almost transparent. It doesn’t photograph brilliantly but it’s to the right of the nest hole here with the Mason Wasp original mud capping still in place on the left.

After finishing this nest hole the Hylaeus moved to another (empty this time) cell in another part of the same beehouse. She seems very protective of her nest cells and is unwilling to leave them, even at night. I found her bent double in this almost finished cell – the only way she would fit. This didn’t look like the most comfortable position but she was still there the next morning! 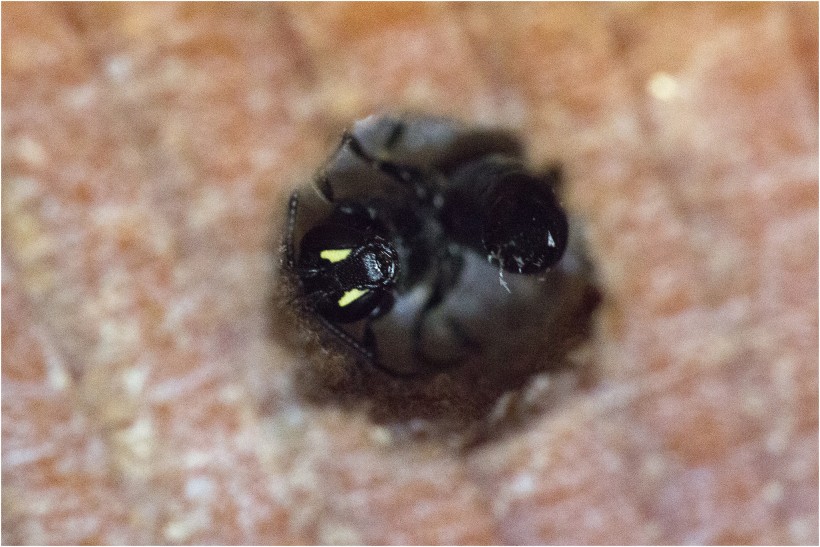 I’m not sure how common this type of nest tunnel recycling is, but if anyone knows I would love to find out! I’ve noticed the Leafcutter bees re-using cells that have been vacated by Mason Bees – but they clear out every trace of the former occupants, whereas this Hylaeus seemed to be taking advantage of the tunnel size and shape left by the wasp.