I’d been quietly hoping for Leafcutter Bees to start using the bee hotels since I first put them up in 2016. I was seeing small Leafcutters such as the Patchwork Leafcutter Bee (Megachile centuncularis) foraging regularly, but there sadly were no takers for the residences available. That is, until last year. For the first time I’d put out a beehouse of my own making containing bamboo and drilled wood blocks, and the holes had ended up a little larger than those in my purchased houses. This seemed to have attracted one of the largest Leafcutter species that we have in the UK, the Wood-Carving Leafcutter Bee (Megachile liginseca).

This species normally nests in dead wood and are very particular about the size and shape of hole that they use – when selecting a place to nest they fly around an area, ‘auditioning’ any likely looking holes or crevices by climbing in and thoroughly inspecting them to narrow down the options. Once they have made their choice, they perfect the tunnel by shaping it with their powerful jaws. Loudly. The first indication I had that my Leafcutter had arrived were scraping noises coming from the beehouses.

I followed ‘my’ Leafcutter through the season and she was amazingly tolerant of me and my camera, often coming forward in the tunnels to investigate when I was there. 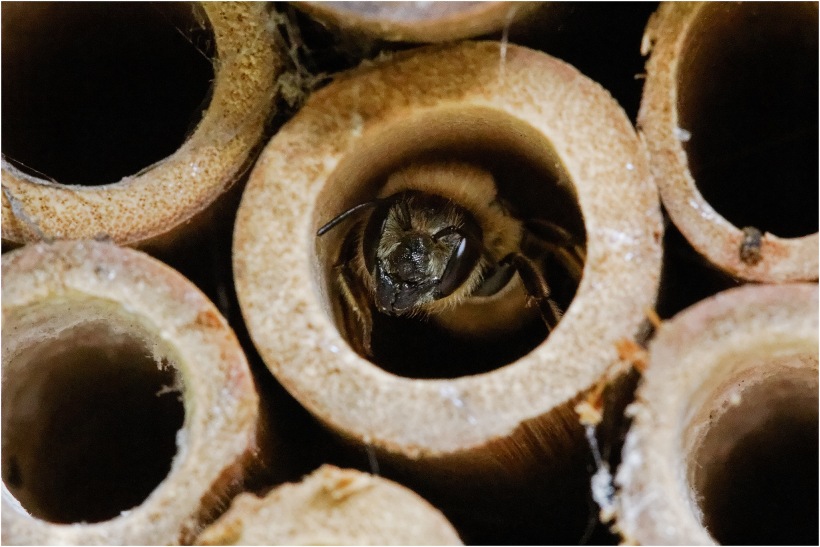 At the end of the nest season she’d completed 7 nest tunnels, so I was eagerly waiting for these to hatch when the Summer started. The males hatched first and spent their early days sunbathing on the top of the beehouses and waiting for the females to emerge.

A few days after the males, the females hatched out and once mated wasted no time in beginning to nest build. I quickly noticed the tell-tale circular holes appearing in various leaves around the garden, most notably the Snowberry which seems to be a firm favourite. They are using an incredible range of leaves in the garden this year, as well as in the gardens beyond. 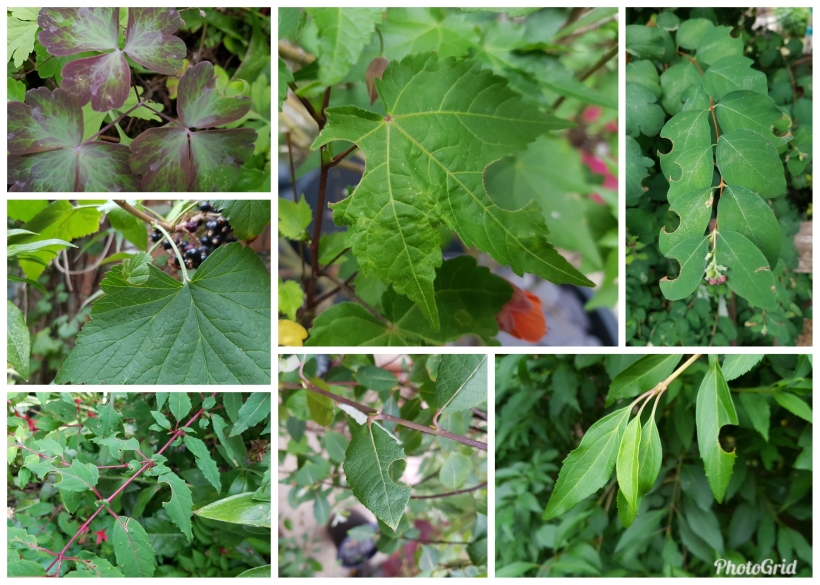 For the first time this year I’ve managed to get some pictures of the Leafcutters cutting leaves. Still not the best pictures as they are incredibly fast, but am happy to have been able to capture this at last! 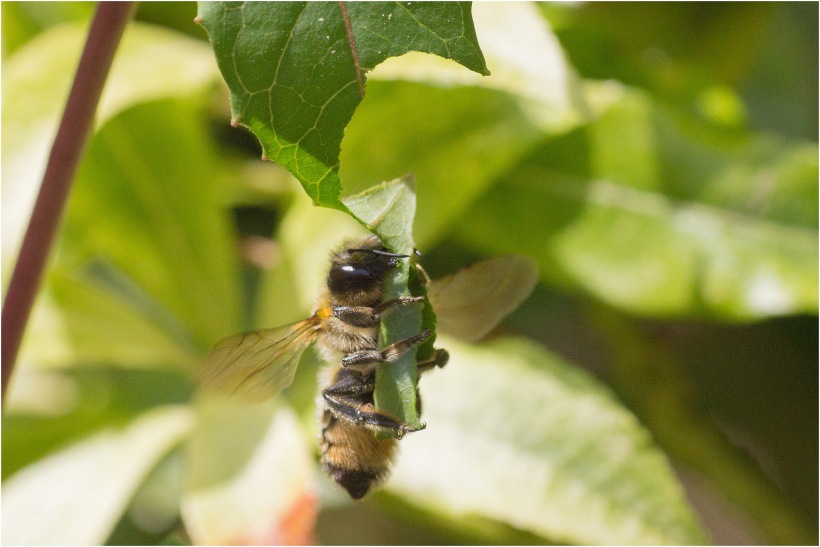 Unlike her mother, one of this year’s Leafcutters is an incredibly feisty bee. The minute she senses movement outside the nest tunnel she comes barrelling out to move the culprit on in no uncertain terms.

Others are more accommodating, and have let me get close enough to capture some shots of them finishing off the outer layers of their nest tunnels with leaves. It’s incredible to watch them carefully fold them into place. 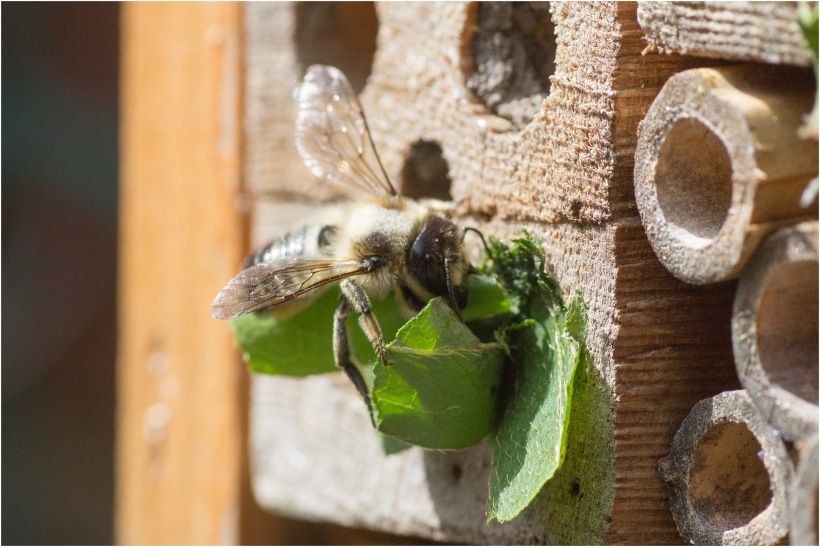 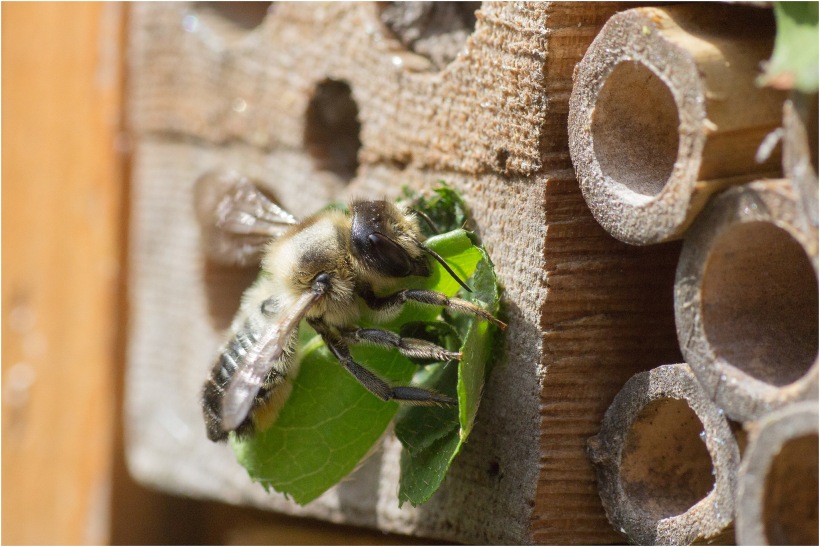 At the time of writing, the Leafcutters have sealed a massive 22 nest cells. Last year our Leafcutter was around until September, and while I’m not sure that her offspring will manage the same – due to the hot weather there’s a serious lack of forage around and bees are starting to struggle – I’m hoping for a few more and a bumper Leafcutter year in 2019!

2 thoughts on “Leafcutters in Action”